TAC Member
All I gotta say is Thanks, to all the members past present and future, since I found The Armory in 2005-2006 I have called it home, Before that I was running with a little rag tag clan of five dudes called the {82nd} and the hottest game or at least I thought it was, was KUMAWAR and it was for the time then Quake,then BattleField, I met this dude Gator I think in BFVietnam jamming to Run Though the Jungle, and We Gotta Get Outta This Place and Nowhere to Run by Matha Reeves and the Vandellas whilst being shuttled away in a jeep under a chinook helo. Through the years weve had folks like Captpoptart,Murcury, Kolklink and a whole lot more... and The Armory has had many faces through the years,.Com,.Net,and now .CC which I think stands for Chaos Control.
Now everyone has there own regiment, back in the day we call em clans And we still are The Armory Clan {TAC}.
So I say this to all new comers that ask me, things haven't changed much if you would like to be considered to be in The Armory, just fill out a guest thingy....do we still have the guest thingys...J/K as long as Yuri don't come back.. Thanks to you my Friend GATOR who has kept it from going by the way side. "SquadDaddy OUT"
DanBarron,..Taco and RBEV..... Report for duty...

TAC Member
Moderator
well said Joe! its been a blast all these years and will continue to be so! Thanks, Gator for keeping this going even when you've been on the verge of taking fukitol! I've made some terrific lifelong friends in here and had the privilege of a few RL meetups as I traveled across the country to Dr appts for my kiddo. Glad I teamed up with Gator all those years ago in the same game as Joe BFVN!! Heres to one more ride in the Huey! Cheers!!!

Community Member
I was feeling a bit nostalgic for the glory days of Firearms and lo and behold, ya'll are still around and my login still works. 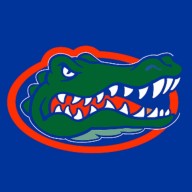 TAC Member
Moderator
Lol ...that was soooo long ago. Glad you could stop by.
Is anyone interested in playing Star Citizen? Be sure to sign up and use code: STAR-H67L-74XV
so you will automatically receive 5,000 UEC to spend in Voyager Direct